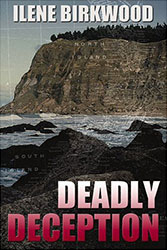 Kelly is a New Zealander who has returned to her home after working for many years in California. She is now working as a software consultant.

When the key software engineer on the project dies in a climbing accident and the perfect replacement turns up immediately, Kelly becomes suspicious. Convinced the climber was killed in order to put a replacement on the project, she is both mystified as to why someone would do this, and outraged that they have gotten away with murder.

As Kelly gets too close to discovering the murderer, she too has an “accident.” She must find who is behind these “accidents” and stop them before any more damage is done – either to her company, or herself.

This book is available today from Amazon and Barnes & Noble.